Because Diana Grand Hotel is a place with a well-defined character, we felt our kitchen needed some sort of impulse in order to keep up with such a special property.

The moment we met Ivano Ricchebono, we knew he was the right one.

Liguria-born, after a brilliant career in several different hotels around Italy he decided to go back to his homeland and opened The Cook Restaurant in Genoa, which earned him an unexpected Michelin star within a handful of years. The agents from the most famous Guide in the world, great at spotting talents, believed in him and gave him the possibility to achieve this coveted recognition. Far from being intimidated from his new status, Ivano capitalised on this momentum to jump-start his Executive Chef journey by providing Michelin-starred advice, co-operating with high end Riviera hotels, and much more. It was TV, however, that granted him his final consecration in the eyes of the wider public through his appearances on the Italian cooking show “La prova del cuoco”.

Ivano is a down-to-earth, cheerful man who shuns excesses and likes to build closely knit teams. His aim is making the most of every single member of his brigade de cuisine’s capabilities and characteristics so that food becomes a true symphony, like just the best orchestras do. Ricchebono’s cuisine is inspired by Liguria and its long-standing culinary traditions, a circumstance that invariably makes finding the right way to reinterpret what has been passed down from generation to generation specially challenging. Our Chef has managed to open new perspectives without disrupting time-honoured traditions, as he has got and brought out the authentic essence of raw materials, herbs and fish, thereby turning recipes into proper works of art.

Ivano is the quintessential aesthete, combining colours, flavours, scents and textures to guide you through a sensory journey. Diana Grand Hotel and him have established a successful partnership right from the start. Ivano was bowled over by the view from the terrace where guest would savour his culinary creations, as well as by the magnificent open kitchen, a prestigious instrument that was only waiting for a virtuoso like him. Alassio has always been a niche destination, particularly popular among Lombardy and Piedmont high society. Accordingly, our Gourmet Restaurant represents a decisive turning point quality wise that speaks to the taste of those who can discern and appreciate fine dining. 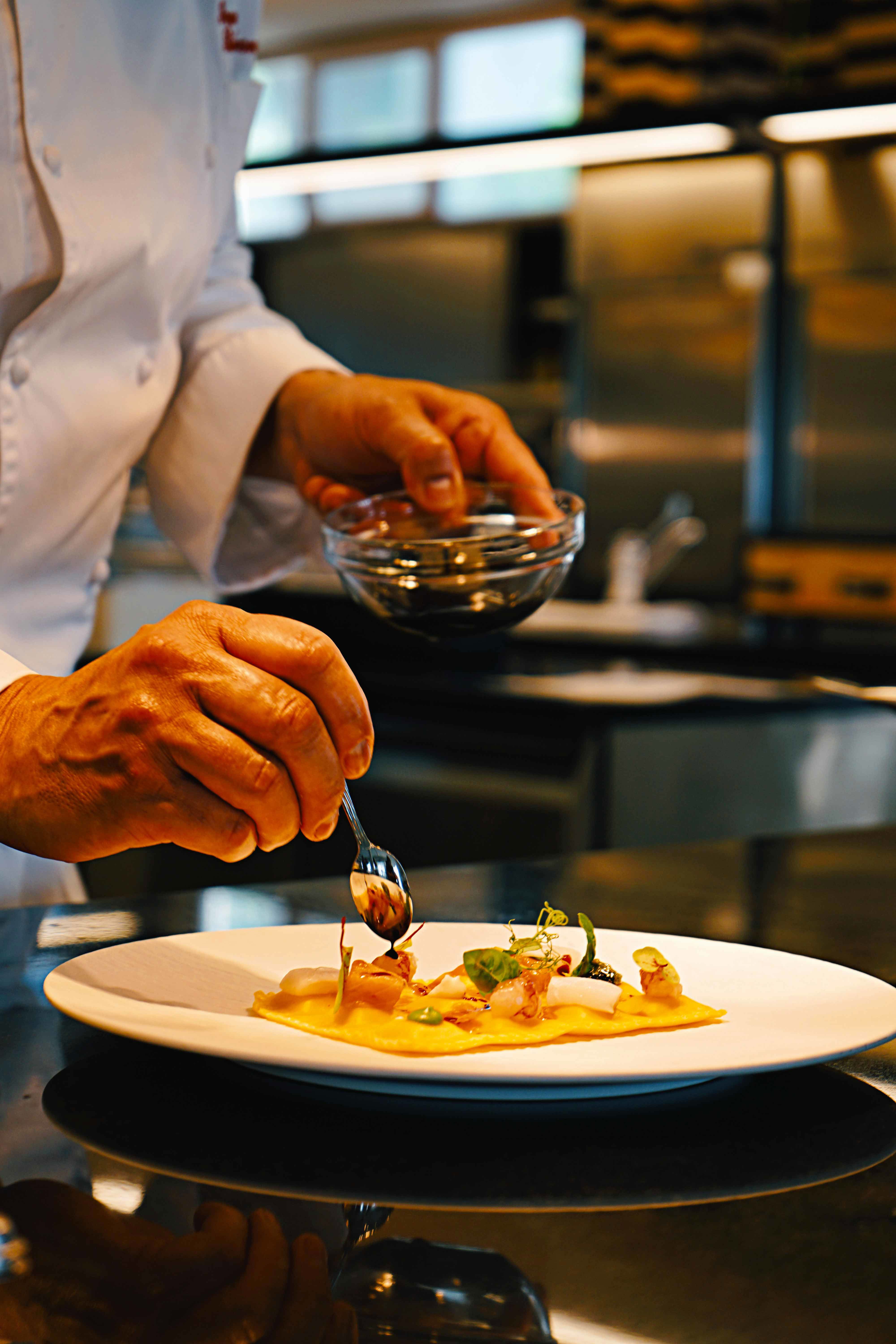 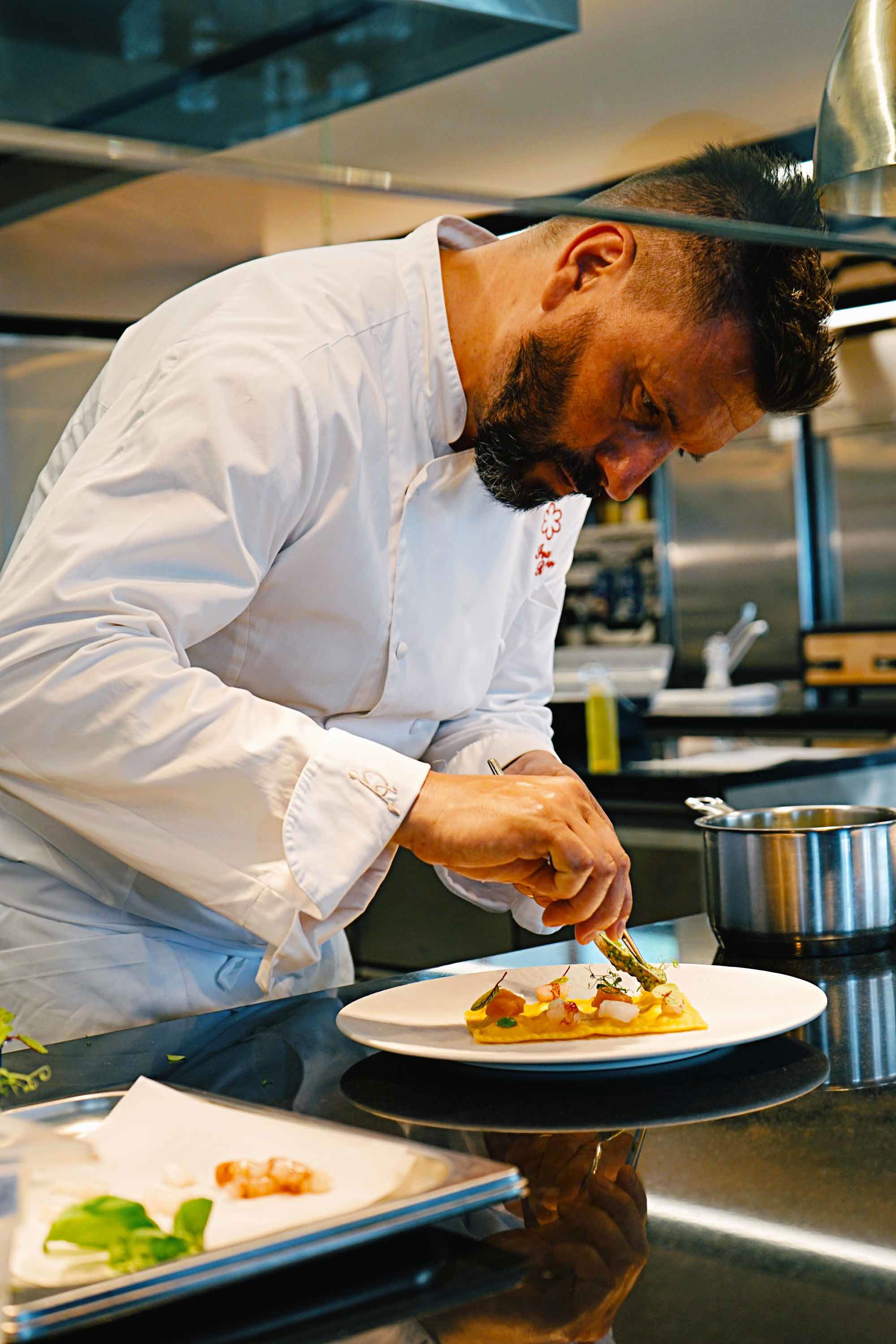